Easy Instant Pot Apple Crisp recipe -  A warm comforting bowl of tender Cinnamon Apples topped with a crispy crunchy gluten free oats, makes it a perfect treat after any meal. It’s delicious, irresistible and perfect for all seasons.  Simply prepare the crumble in the Instant Pot and top it over your Instant Pot Cinnamon Apples. Yes that easy. Try it to believe it!!!

No babysitting. No preheating the oven or baking for a long time. It’s all instant in the Instant Pot. I typically store the crumble and cinnamon apples individually and just whip up a warm comforting bowl in a jiffy, literally anytime I want.

Why this is best apple crisp recipe ever

Who can say no to sweet cinnamon flavored apples topped with a crispy crumble. Trust me this is finger-licking delicious!!!

Soft tender apples coated with sweet cinnamon flavors and a crispy crumble to top the apples, all made to perfection in the Instant Pot from scratch. No mushy apples, just how you would like them soft yet crispy tender. Plus the crumble is actually crisp!

Plus it’s a super easy recipe. 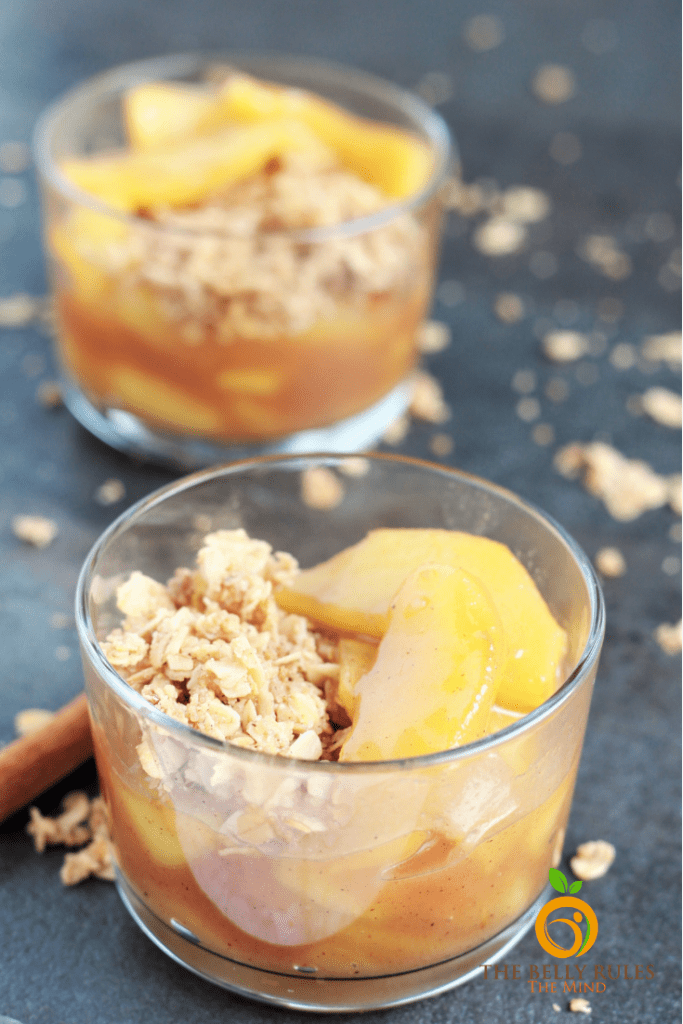 Most Instant Pot Apple Crisp recipes call for adding the crumble mixture on the apples and cook the two together, which doesn’t really give you a crispy crumble texture. You have to either bake or broil individual portions in the oven. That means pre-heating the oven and baking the crisp for a few minutes. Ofcourse, there is nothing wrong with it.  I just find it easier to deal with just one kitchen appliance than removing and cleaning another one when I can get the same results using my pressure cooker.

This recipe is different from the others as the crumble or topping made in the Instant Pot is actually crisp , as it is made separately and just used a topping over the cinnamon apples. Try it yourself and you will know exactly what I am talking off.

This is also a gluten free apple crisp recipe. Although if you have no issues with gluten you can always use the ingredients that are readily available at home. 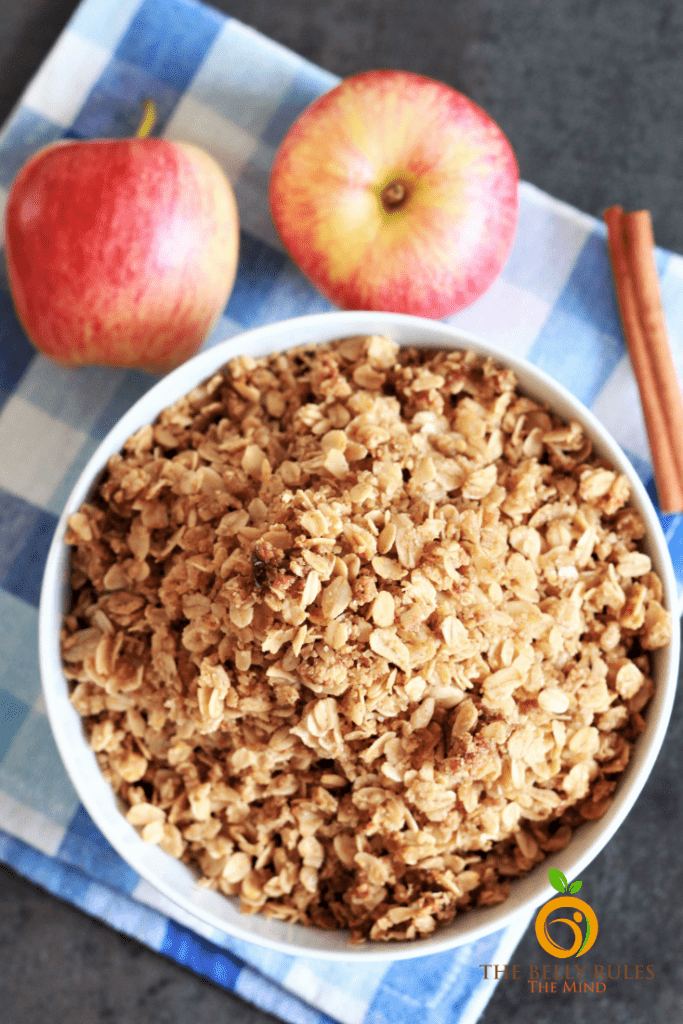 To make this gluten free apple crisp, I have used Bob’s Red Mill’s Gluten-Free Oats and their Gluten-Free 1 to 1 Baking Flour. You can always use what you have readily available at home. 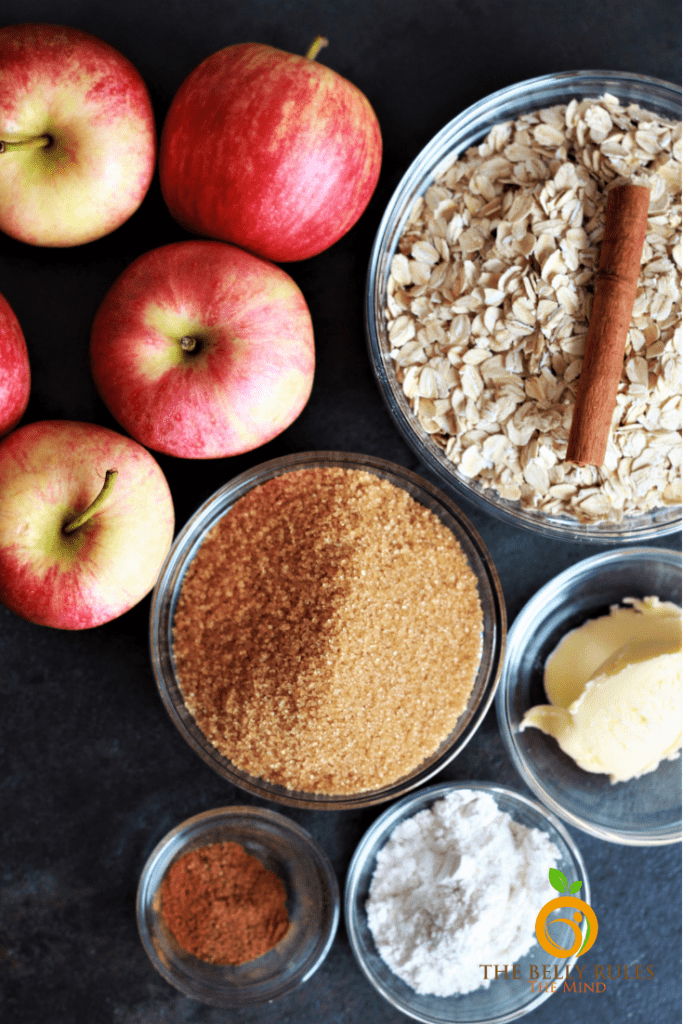 The two main steps involved in making the crumble in the Instant Pot first and then making the sweet cinnamon apples with a thick delicious sauce. Below is just a gist of the steps involved. You can find the detailed recipe in the recipe card at the bottom of the post.

Step 1 - Making the crumble is pretty straight forward. You literally have to dump in all the ingredients –oats, flour, butter, brown sugar, and spices and sauté for a couple minutes for the butter and brown sugar to coat the crumble well. Allow the crumble to cool and become crisp. Since this recipe is a gluten free apple crisp recipe, I have shared brand of gluten free oats and flour I have used, in the recommended products below. 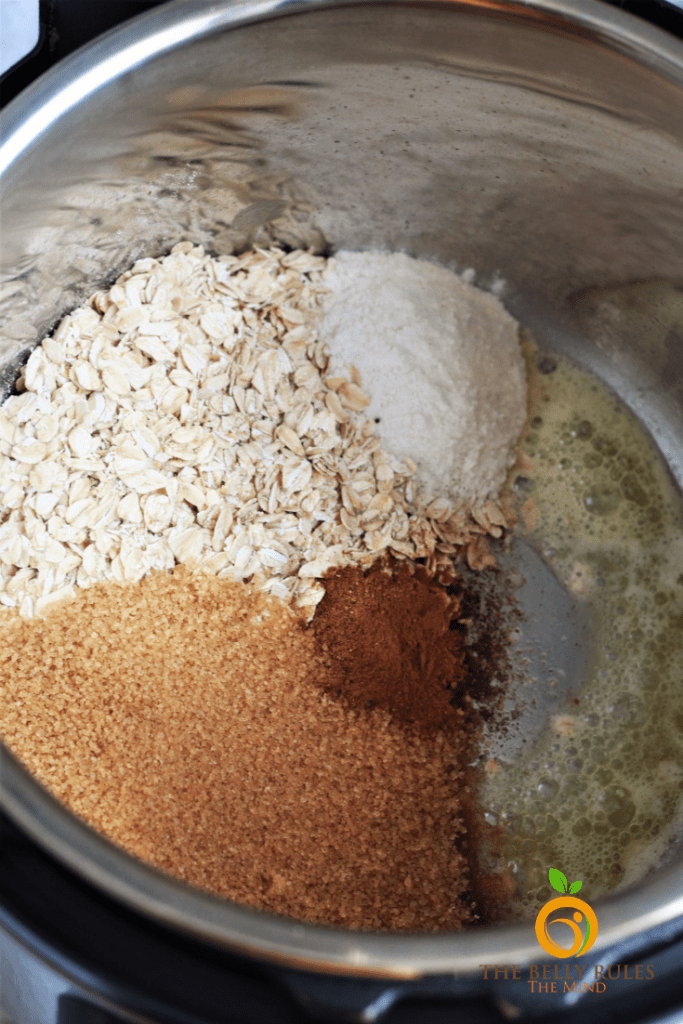 Step 2 - Prepare Cinnamon Apples, while the crumble is crisping. Remember the Instant Pot Cinnamon Apple Pie filling recipe I posted a few weeks, I make the same cinnamon apples except that I just thicken the sauce for the crisp. Incase you missed the recipe, you can find the recipe here. 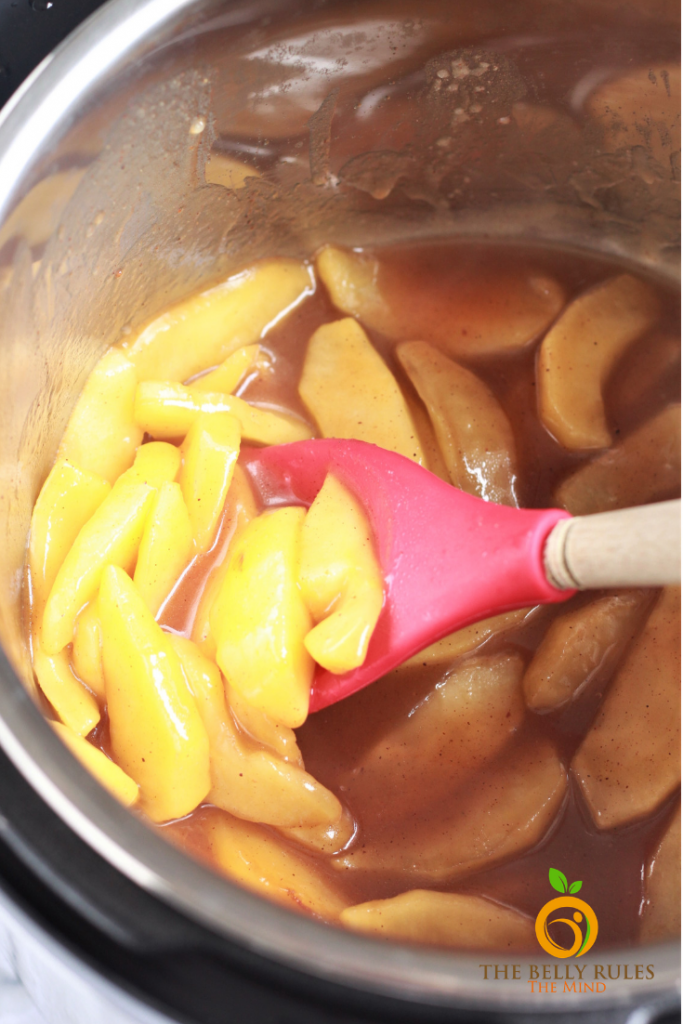 Enjoy it as a treat or breakfast, you will never be disappointed.

Top it off with whipped cream or ice cream or simply just enjoy it as an oatmeal.

You are looking for two things in an apple when making an apple crisp.

First the apples need to hold their texture and not get mushy when pressure cooked. You can use any varieties like Granny Smith, Granny Smith, Golden Delicious, Gala, Honeycrisp or Pink Lady. I have used Gala apples in this recipe.

Second, they need to be sweet-tart for the best flavors. 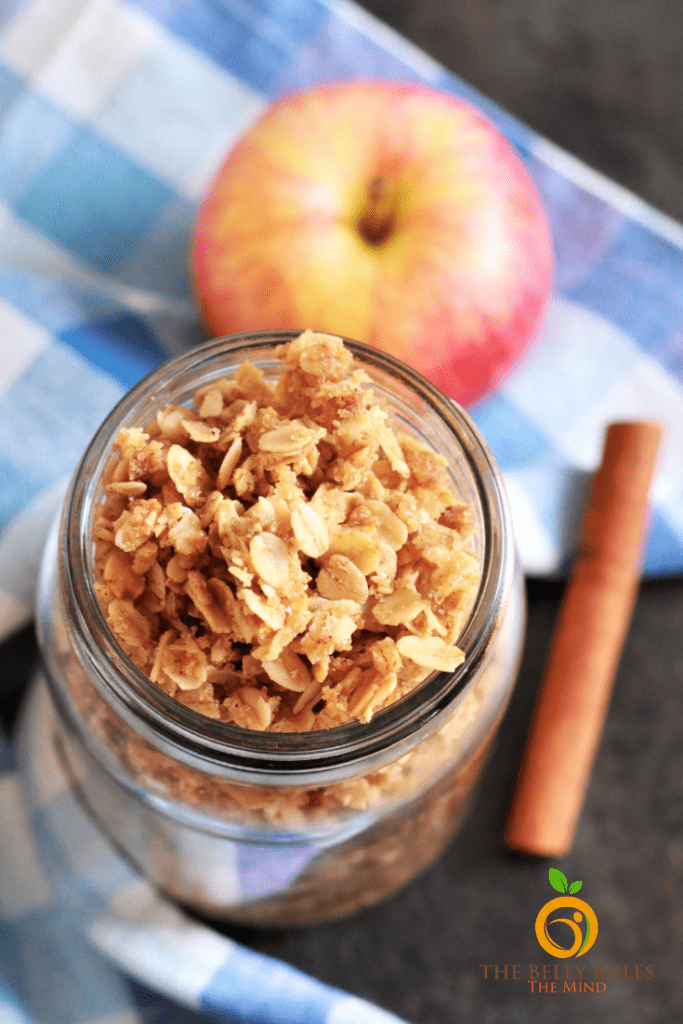 Storing and Freezing this Apple Crisp

What I love about this apple crisp recipe is that it can be easily stored.

If you have intentionally prepared a large batch of cinnamon apples and the crisp crumble then it’s best to store them individually. You can whip up a comfort bowl or an individual portion in a jiffy by just adding your crumble as a topping to the cinnamon apples.

The cinnamon apples can be stored individually in the refrigerator in an air tight container for about a week and in the freezer for upto 3 months.

If you have leftovers of the apples with the crisp, you can refrigerate it for upto a week too.

Tips for making the best Apple Crisp in an Instant Pot

WHEN YOU TRY THIS APPLE CRISP RECIPE

Don’t forget to take a picture and send it our way. You can tag us on Instagram@dbellyrulesdmind

We would love to hear your thoughts on this recipe, so come back and leave us a review below and rate the recipe.

If you liked this recipe, share it with your friends and family.

[…] you love using your Instant Pot, you can try our Easy Instant Pot Apple Crisp Recipe […]