Cinnamon rolls are a tasty treat that makes the whole house smell wonderful as they bake. Perfect for any special occasion, you will never go back to store bought rolls again after tasting these. Your family will love it anytime you make them these fluffy sweet buns for breakfast. 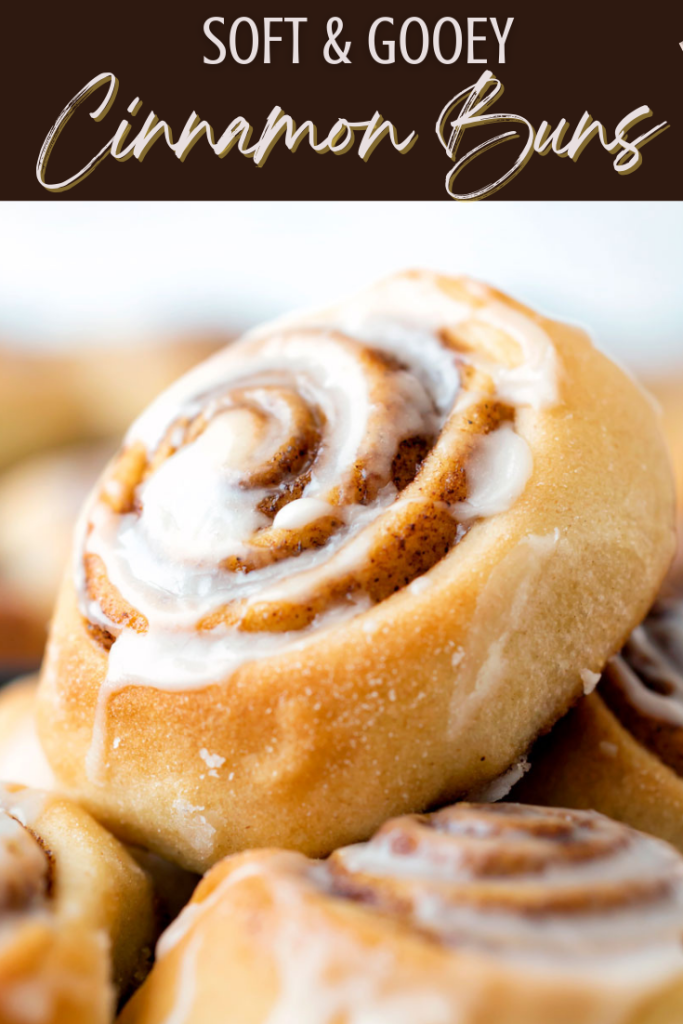 Cinnamon rolls are a delicious treat that comes from Sweden. And there is a good reason why it is so popular around the world. They are simply delicious. They are also called as Cinnamon buns if it is topped with frosting.

A lot of people think that cinnamon rolls are something best left to bakeries and speciality shops, but this is not the case. Our easy to follow recipe will have your making these tasty treats at least once a month.

What makes these the best cinnamon rolls

Our cinnamon roll recipe is one of the best we have ever tasted. Our families love them and request them every year when the weather starts getting cold.

One of the reasons we love these sweet treats is how easy it is to let the dough rise with the Instant Pot. It really takes the guesswork out of keeping the dough at just the right temperature.

And the result is perfectly fluffy and tender cinnamon buns every, single, time.

You’ll also love the sweet, somewhat spicy blend of sugar and cinnamon. And you’ll love even more how simple the recipe is to follow. One bite and you’ll never go back to store bought cinnamon rolls again. 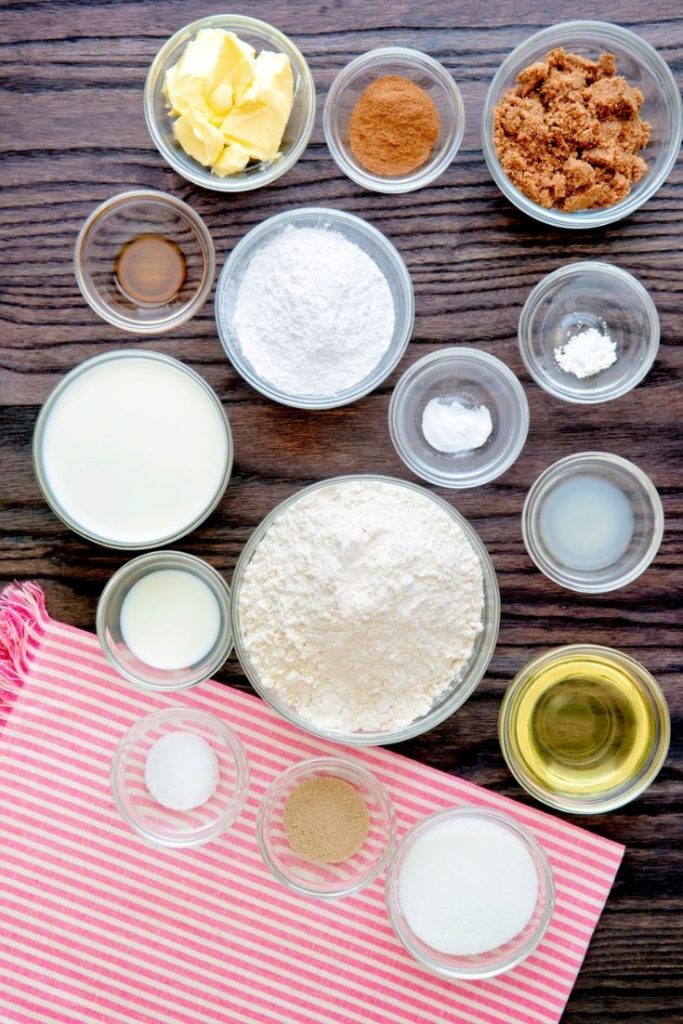 Before starting, make sure to collect all the ingredients you’ll need. For ease, we broke them into ones for the dough, glaze, and filling.

For the dough, you’ll need:

For the filling, you’ll need:

Finally, for the glaze you’ll need:

How to make Cinnamon Buns

There are a few steps to the process, we broke them down below for ease. 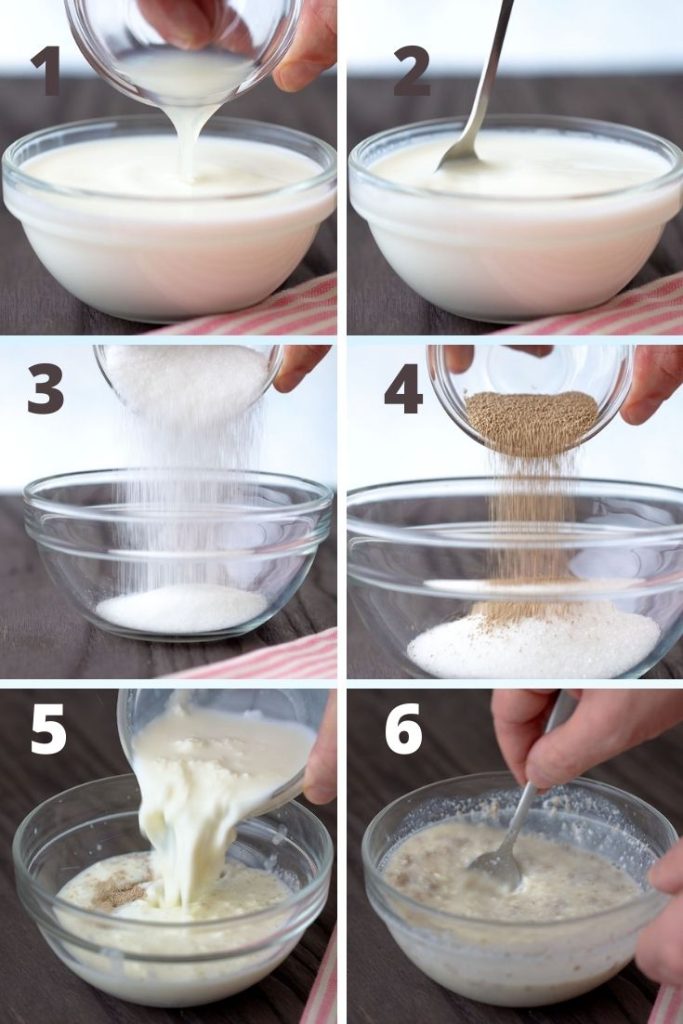 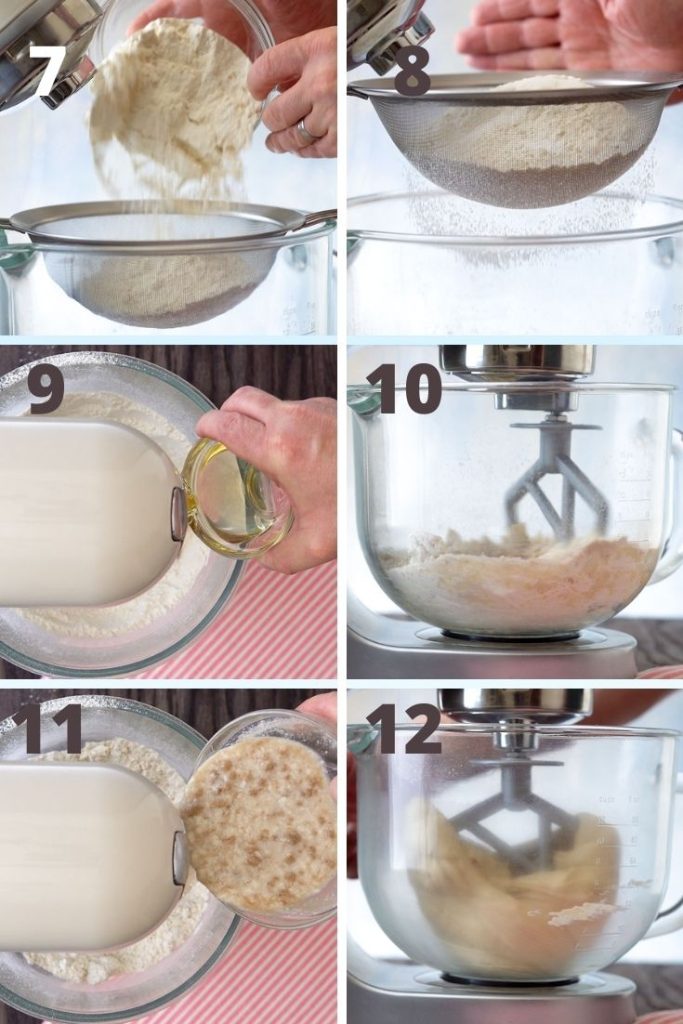 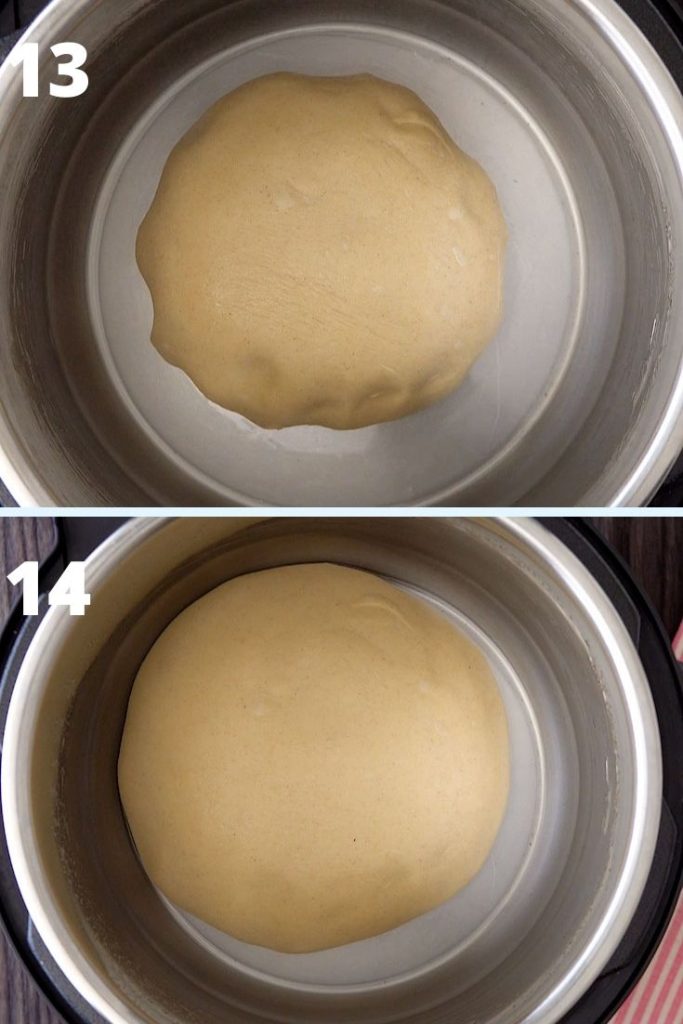 Make the filling and glaze 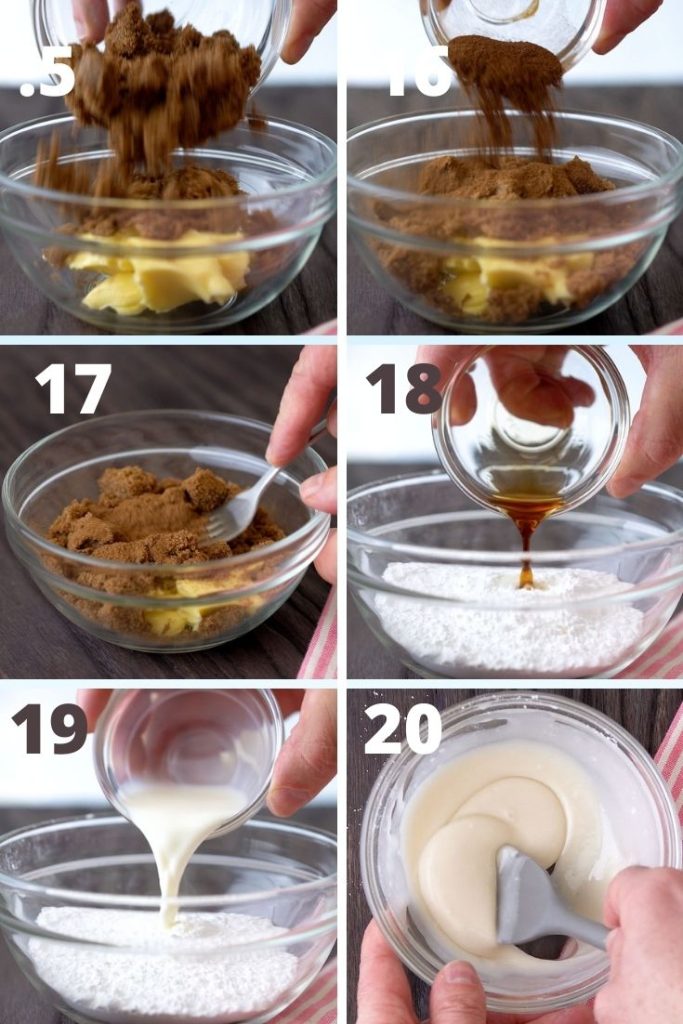 Rolling and making the cinnamon roll 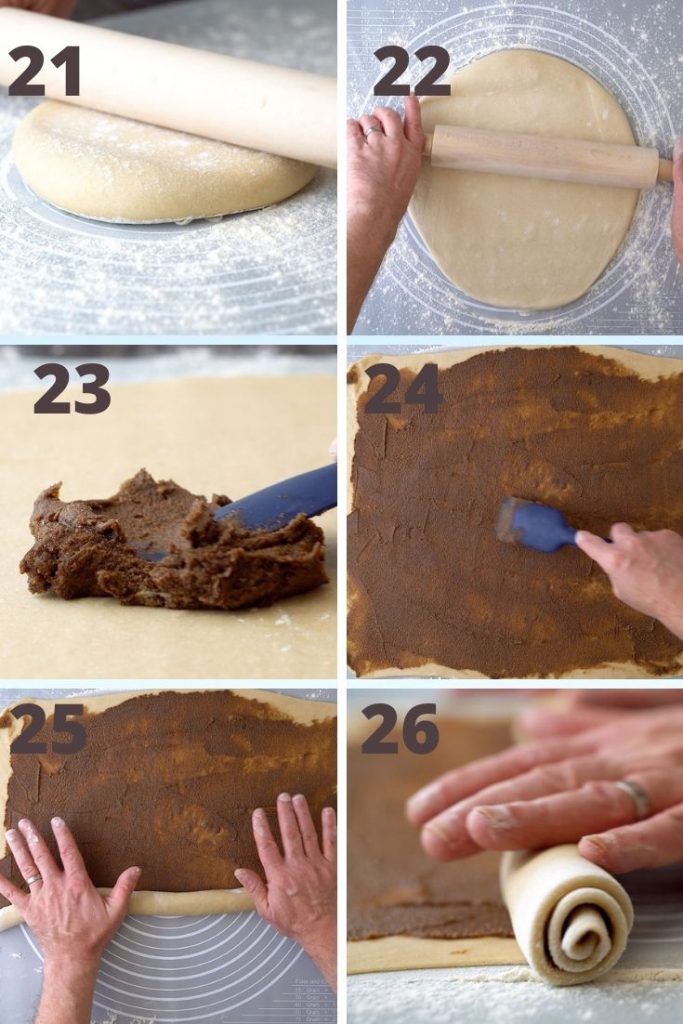 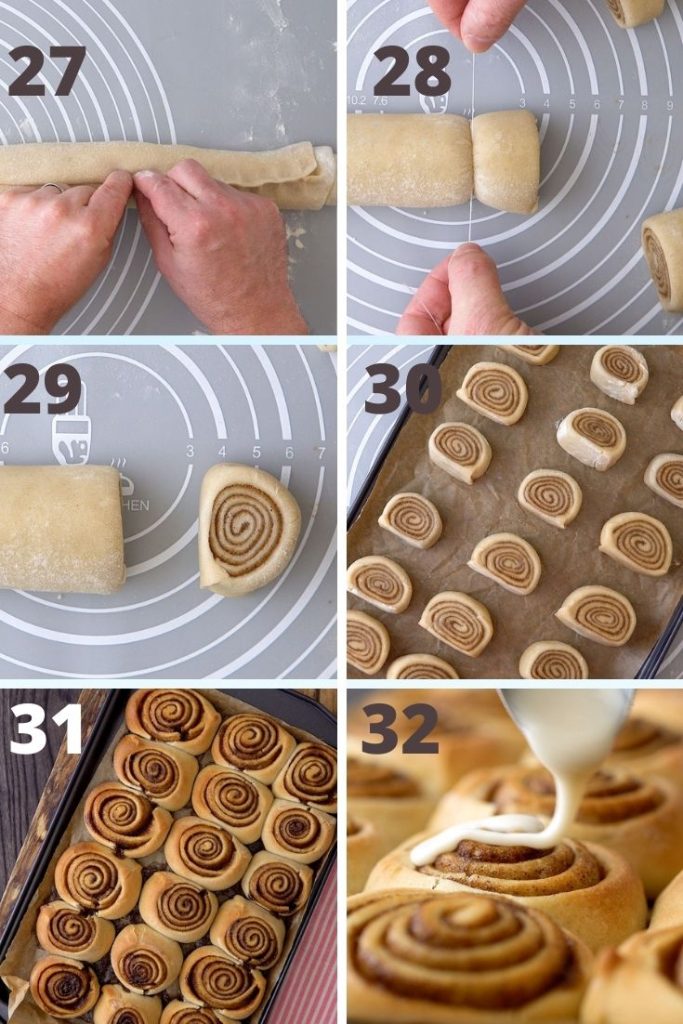 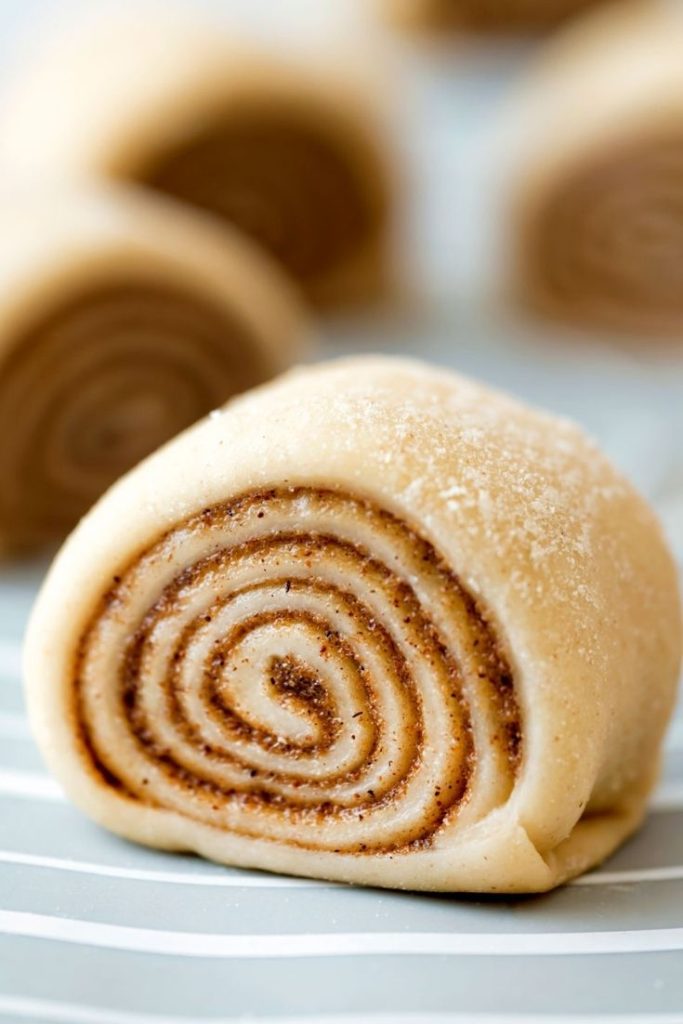 How to make Cinnamon Rolls in an Air Fryer

When making cinnamon rolls, follow these tips and tricks for the best results: 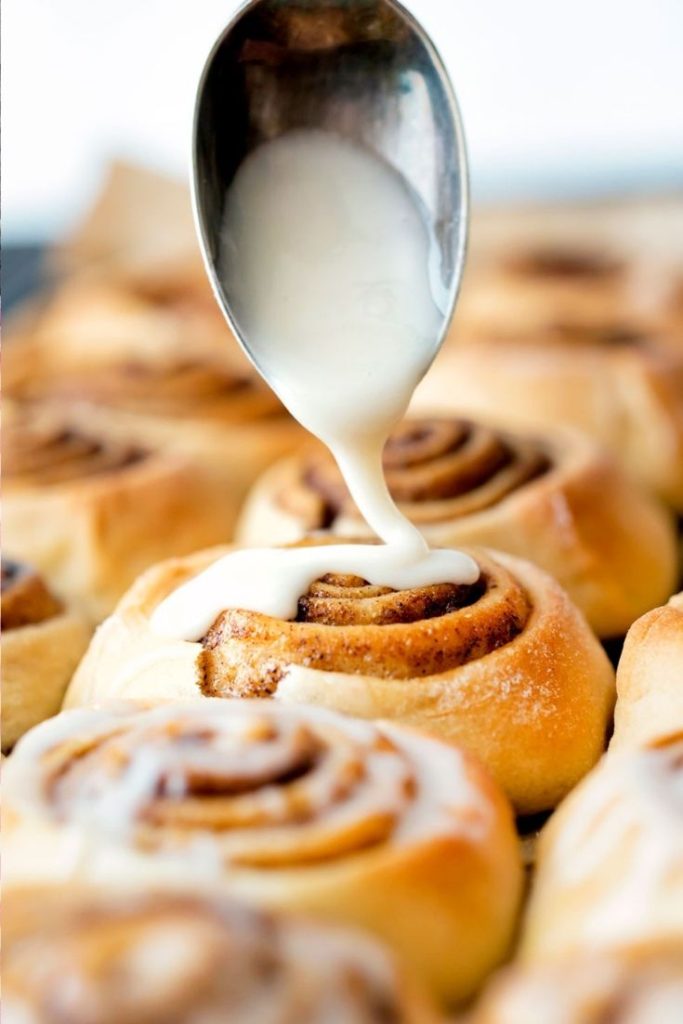 Is there a difference between a cinnamon roll and cinnamon bun?

Otherwise, the two treats are more or less identical in how they are prepared and made.

Can this cinnamon roll recipe be healthy?

Cinnamon buns are a dessert, though some people eat them as a breakfast or snack too (which is definitely fine!). You can’t really make them “healthy,” but you could take steps to reduce their calories a bit.

Though we wouldn’t necessarily recommend it, you could substitute in whole wheat flour. You could also use sugar substitutes in place of the sugars. These steps may help reduce the total calories, but they may also produce a slightly less appealing cinnamon roll. 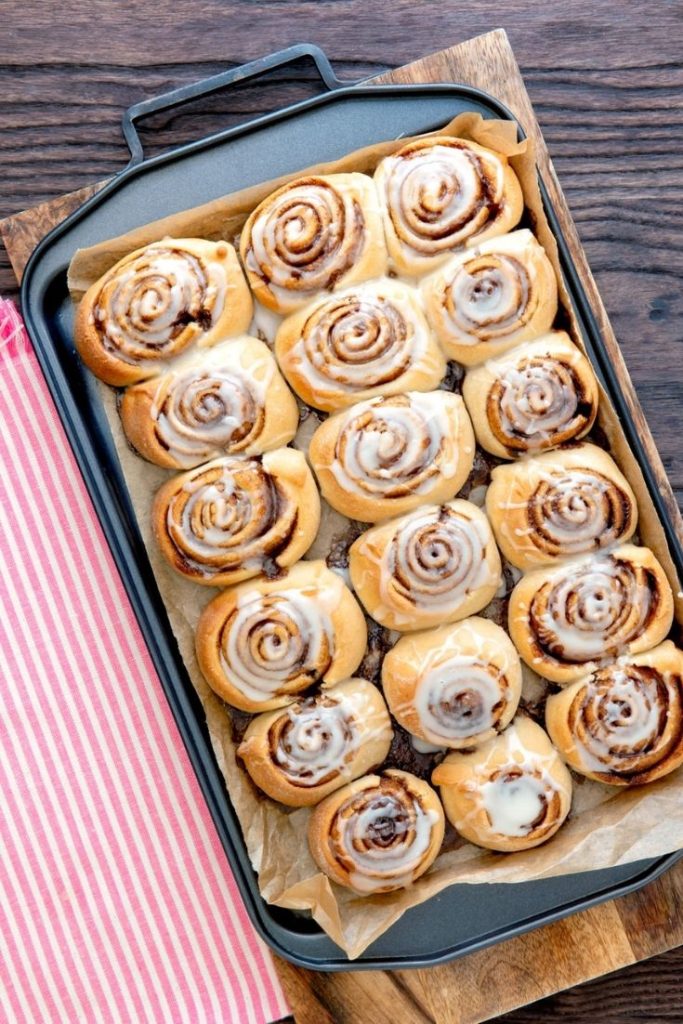 What is the best flour to use for cinnamon rolls?

The best flour to use depends some on preference. We like using all-purpose flour because it produces a generally soft, but fluffy texture for the rolls.

Either one produces delicious results, so it really comes down to a matter of preference. Of course, you could make it both ways and decide for yourself which you like best.

Why are my homemade cinnamon rolls tough?

Tough cinnamon rolls are almost always the result of adding too much flour. Try to be as precise as you can be with measuring the flour you are using to avoid tough rolls.

Why are my cinnamon rolls not fluffy?

If your cinnamon rolls come out dense and non-fluffy, it’s probably because you didn’t use enough flour. When making the dough, too little flour often results in a very sticky texture, which means you may have mismeasured the amount you are using. 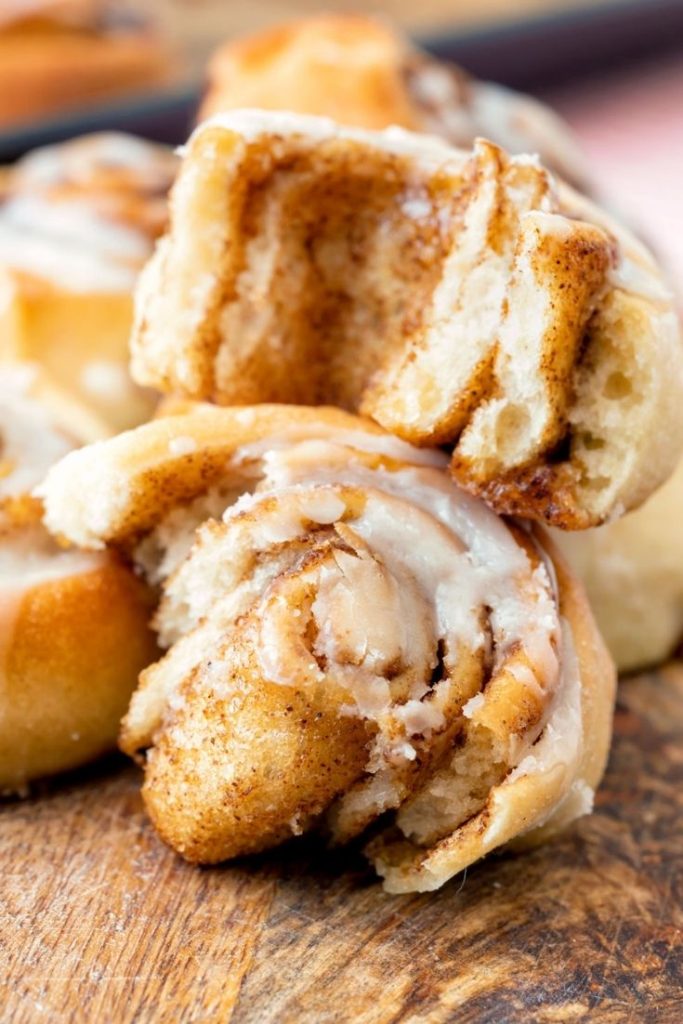 Why are my cinnamon rolls chewy?

How to store and reheat Homemade Cinnamon Rolls

You can store cinnamon buns either in the fridge or on the counter. Either way, make sure to cover them before storing.

To reheat, you can place one or more rolls in the oven and gently reheat until warmed through. You could also cover once and microwave for about one minute or until heated through. 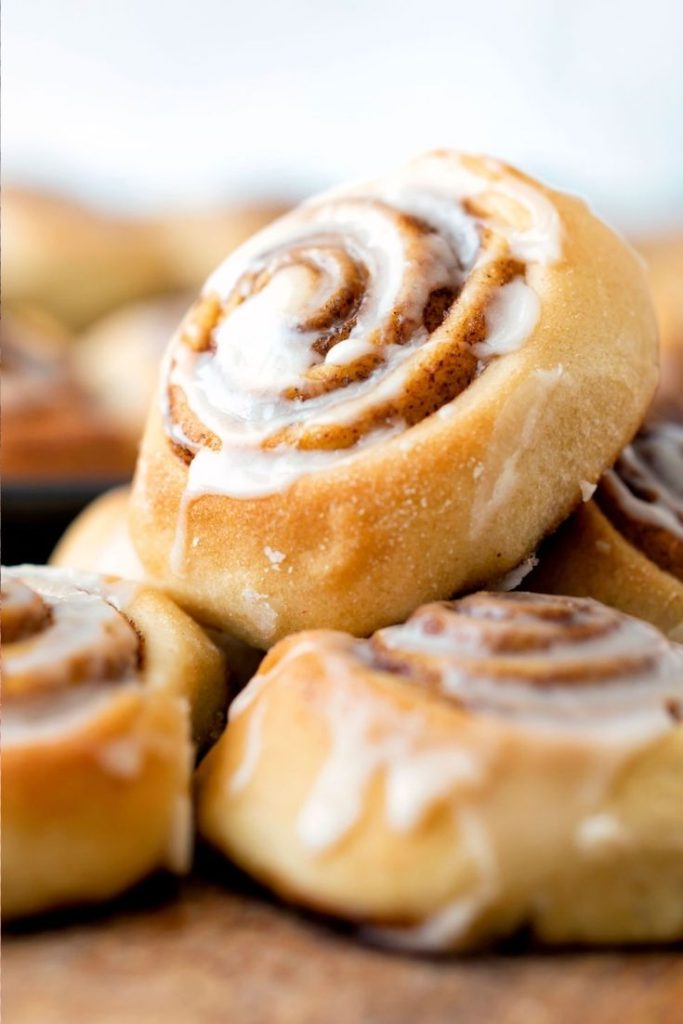 Can cinnamon rolls be left out overnight?

Once cooked, the cinnamon rolls should last about 2 to 3 days on the counter. You will need to either place them in an airtight container or cover with aluminum foil.

Let us know what you think

If you make this delicious recipe, let us know how it went! When you make this, be sure to take a pic and tag us on Instagram @dbellyrulesdmind or Facebook @thebellyrulesthemind!

Rolling and making the cinnamon roll

Bake it in the Oven

Make it in the Air Fryer

Can these be frozen?

I used actual Buttermilk that I had on hand from making homemade butter out of heavy whipping cream. So, I used 3/4-cups plus 1-Tablespoon Buttermilk and NO lemon juice. I also added 1/2-cup Raisins on top of cinnamon sugar butter mixture and pressed into dough before rolling up and cutting. Placed on parchment paper, covered lightly with plastic wrap and then a light towel and set on opened oven door for one hour, pre-heated to 200 degrees. When risen as large as I wanted them to be, baked as directed in original recipe. Superb! 💕

No yogurt setting on my InstantPot (it's from 2012 and they didn't have that setting on the earliest models). I'm guessing this means I need to go back to "another" way of rising the dough, right? There are no other settings I can use?

My family loves cinnamon rolls. This recipe is great. Thanks for the information on rising the dough in the Instant Pot. I hadn't used it for anything like that before but it worked like a charm.