Yes, making pumpkin puree at home is so easy and economical and here is how to make homemade pumpkin puree from scratch in your Instant Pot. You will never go back to buying canned pumpkin puree ever again. Just pressure cook, peel and puree. That's it!!! Plus it tastes so much better. Perfect to use in your fall recipes. 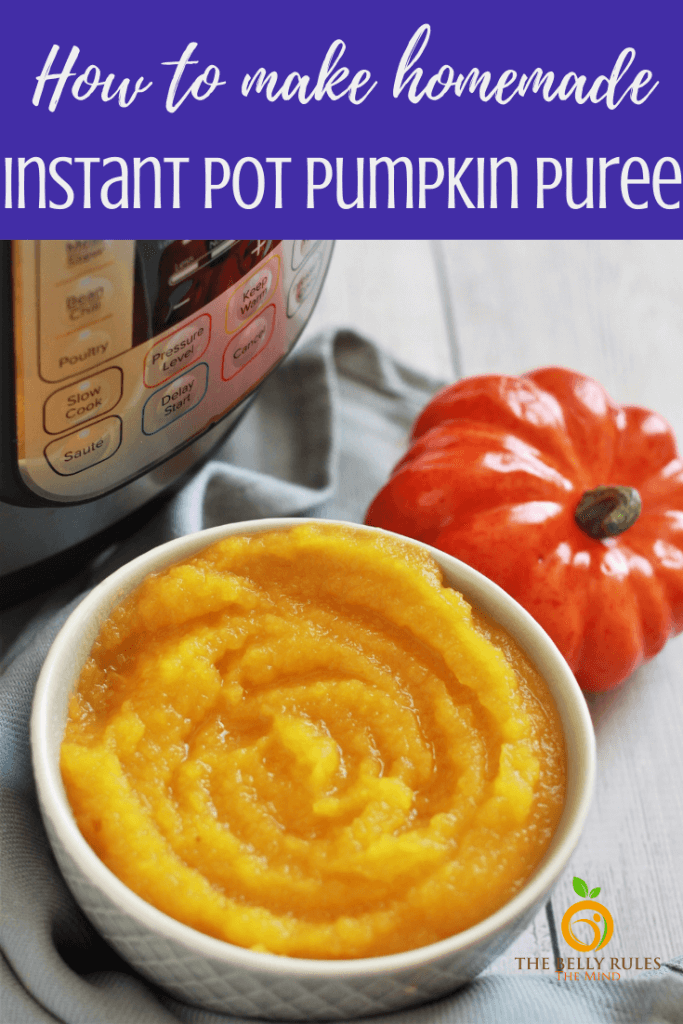 Well if this thought has never occurred to you before, let me  share with you what I made pumpkin puree at home and what I realized.

Here in Germany, it's not easy to find purees or pre-cut fruits and veggies, simply because the consumers like their produce minimally processed. Consumers prefer buying whole raw ingredients and making their own. So long story short, I haven't yet found pumpkin puree or pre-cut squashes in the grocery stores yet. So this led to me making my own pumpkin puree, and learning how to easily cut squash. 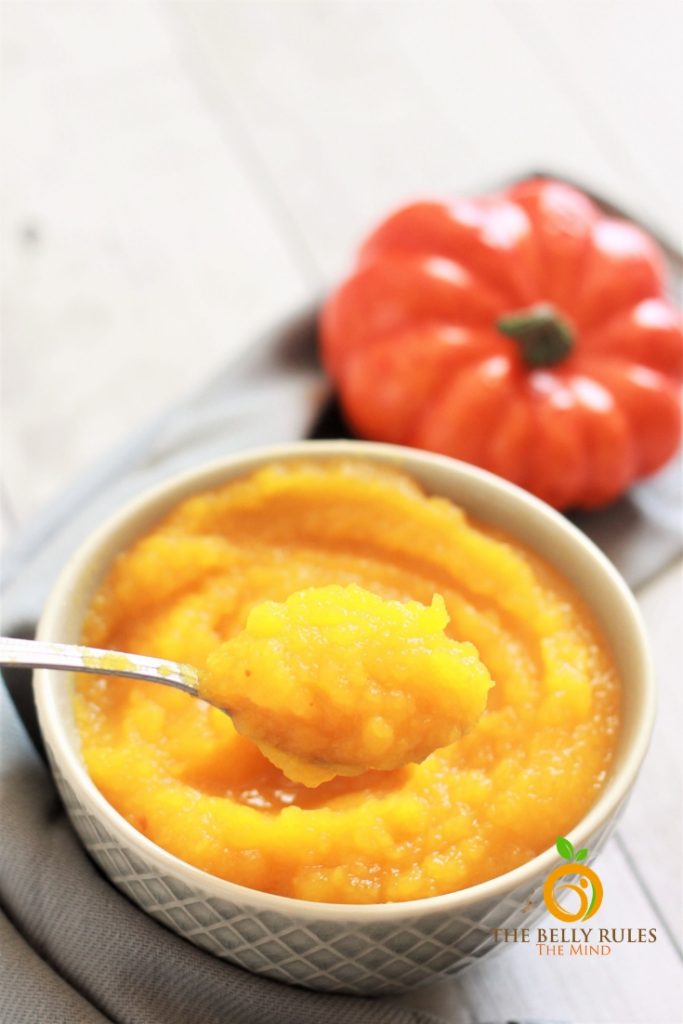 In the process I realized the three reasons why you need to make your own pumpkin puree from scratch at home.

First, it's easier than you think. No overwhelming steps involved like peeling or chopping the raw pumpkin. Simply pressure cook, peel and puree, that's it!!! If you think it's time consuming, you are wrong. Once you pressure cook the pumpkin it's just a matter of 5 mins to peel the skin and puree the pumpkin.

Second, it's all about the flavors. It's so much better than any canned pumpkin puree. It's tastes to much fresher and you can tell the difference when you add this puree to the recipes. The actual act of canning and sitting in a metal can for who knows how long definitely affects the taste. The taste and the fresh flavor is a game changer. Thus the bright yellow color than the rusty orange color of the canned puree. Fresh pumpkin is always the lightest in color.

Third it's all natural with no preservatives added. No sitting in a metal can for who knows how long.

Lastly it's so much more economical to make your own pumpkin puree at home than but cans. Try doing the math next time when you go grocery shopping. 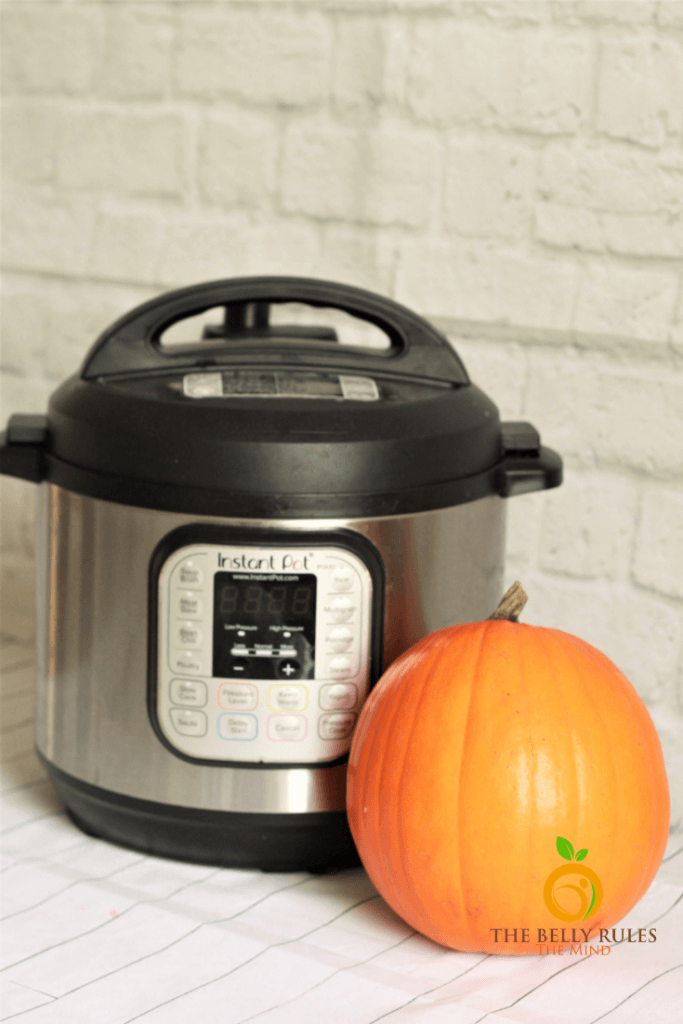 Making your pumpkin puree in an electric pressure cooker is a game changer. It's so much faster as it's a known fact the pressure cooker reduces cooking times. If you have ever tried baking the pumpkin before you will know that it typically takes around 45 minutes for the pumpkin to completely bake excluding the cutting, chopping and peeling of the raw pumpkin.

The Instant Pot makes life very easy and it's all ready in under 25 mins with only the last 5 minutes being hands on to peel the pressure cooked pumpkin and puree it.

So if you haven't already join the electric pressure band yet, check out our post on 'Is the Instant Pot Worth it?' and take the plunge. You won't regret it. We promise.

How to make Pumpkin Puree in Instant Pot

Let's get started right away, because making Pumpkin Puree in the Instant Pot is way easier than you thought. Here is just a gist of the steps involved. You can find the detailed recipe in the recipe card towards the end of the post. 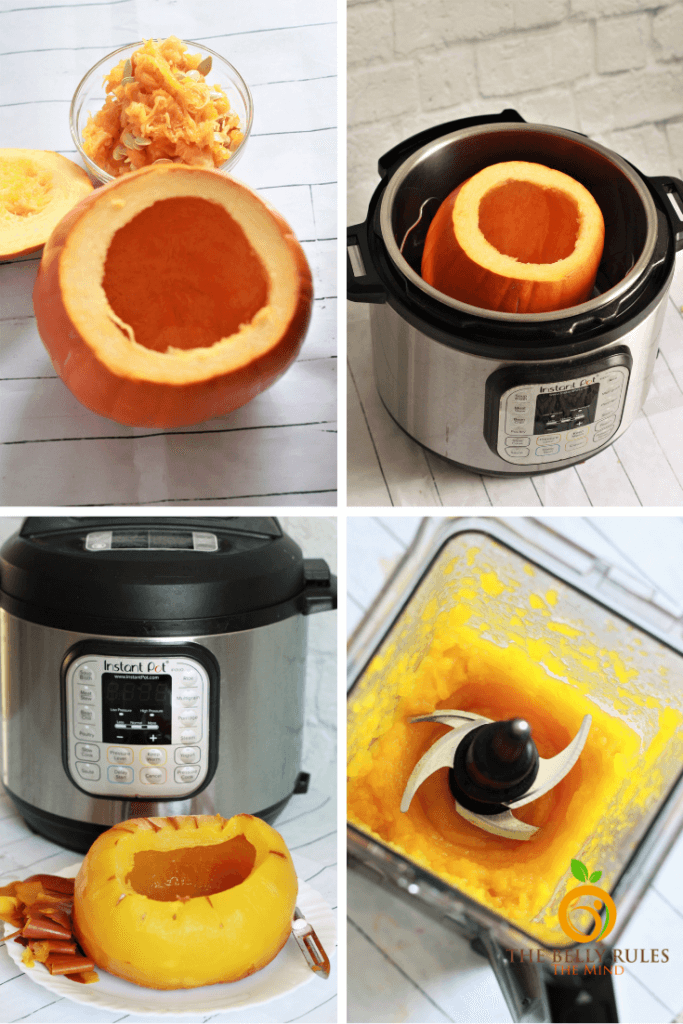 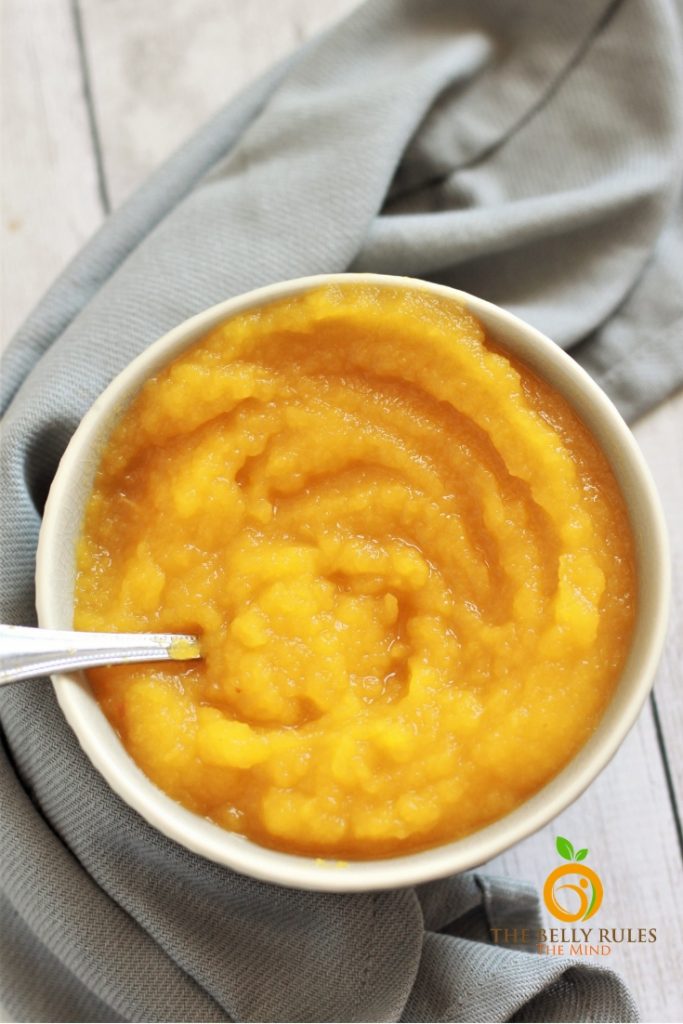 Tips on how to make the best pumpkin puree

Which pumpkin is best for puree

Like I mentioned above it's best to find a three to four pound sugar or pie pumpkin to make a puree which you can use for your fall recipes. These pumpkins are smaller, denser, sweeter and less watery compared to the larger carving pumpkins.

Typically a three to four pound whole pumpkin fits a six quart inner pot easily. Incase for some reason it doesn't fit the pot, cut the pumpkin into half and play the pieces on the wire rack for pressure cooking.

the harder the pumpkin the longer it takes to pressure cook. Typically it takes about 20 minutes of pressure cooking for the skin to become soft, but if you pumpkin is still hard then pressure cook it again for 5 minutes followed by a quick release. 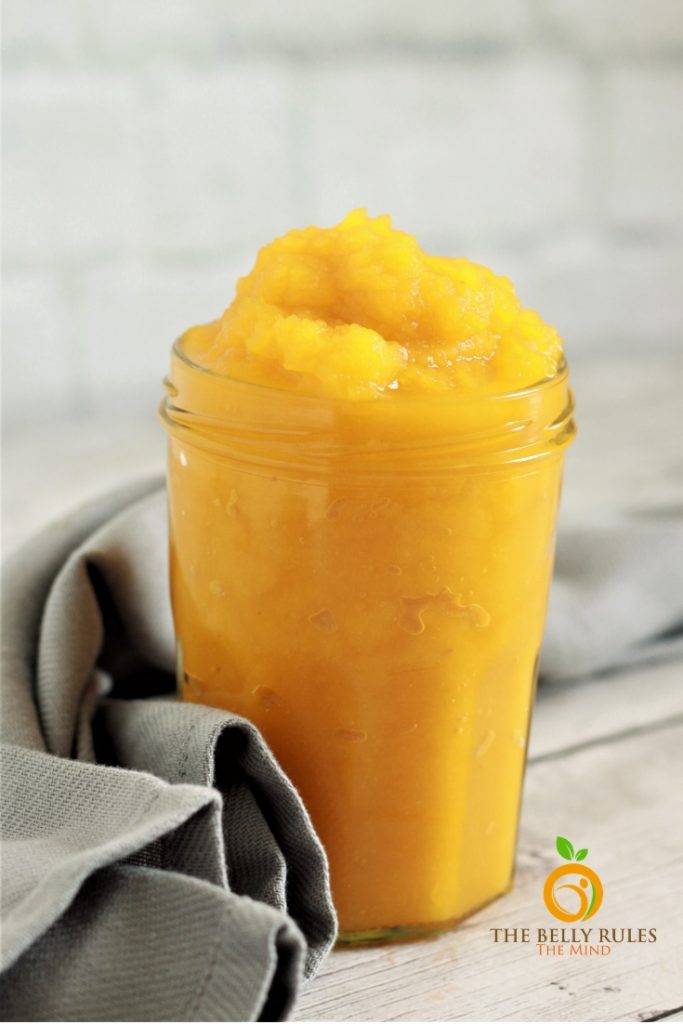 How to store homemade pumpkin puree 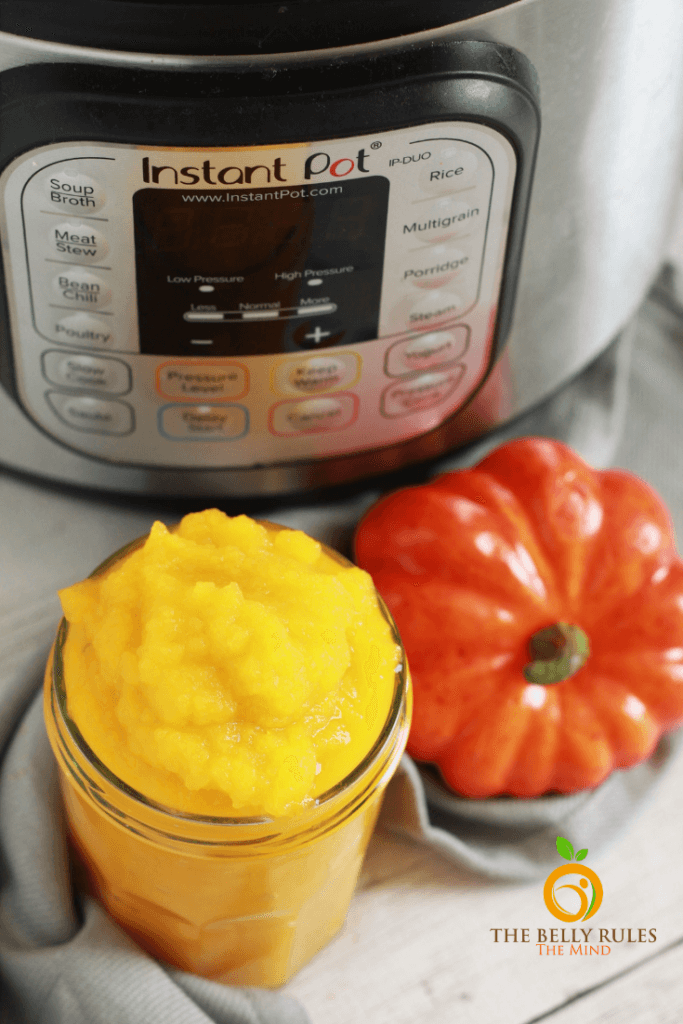 Make it Snap it.

Don’t forget to take a picture and send it our way. You can tag us on Instagram@dbellyrulesdmind

Come back, tell us how you used this pumpkin puree. Leave us a review below and rate the recipe.

If you liked this recipe, share it with your friends and family.

Refer to Tips to make the best Pumpkin Puree in the post.

The Ultimate Guide To Freezing Vegetables